Which Coworking Space Is Right For You?

The image of stuffy, crudely lit cubicles and washed out office walls has been seared into our collective memory thanks to pop culture, and while there will always be bleak office environments that live up to this stereotype, a new work style called coworking combats the monotony by revitalizing the workplace on a fundamental level.

Coworking refers to a collaborative and flexible work style in which individuals who are self employed or working for other employers share a workspace to promote the organic exchange of knowledge and ideas. The individuals in a coworking environment are buoyed by common values that motivate their work ethics, although they may be working in different backgrounds. When managed efficiently and properly, coworking environments can function as harmonious ecosystems that promote productivity among all its contributing parts.

As coworking has become more popular, a number of coworking space providers like WeWork and Regus have popped up to accommodate the high demand for shared workspace. As these companies expand, they have the option to create franchises. With several coworking spaces to choose from, how are you supposed to know which one is the best for you? We’re here to alleviate some of that pressure by providing background on a variety of popular coworking spaces and highlighting their unique qualities.

While WeWork’s expansion model does not include a coworking franchise, the UK-based Regus company is entering the coworking franchise market in an attempt to continue its successful expansion as the largest commercial space provider of any other company with over 3,000 business centers in 120 countries. Franchising is a popular marketing technique because it allows entrepreneurs to expand into new markets and it minimizes the start up costs and risks associated with entrepreneurial business. By that measure, the current popularity of coworking dictates that some of these providers will risk creating a coworking franchise to achieve more rapid expansion than their competitors.

Serendipity Labs is a popular coworking space franchise that has expanded to over 100 locations. Serenity Labs prides itself on a distinct brand of hospitality in their shared office spaces, as opposed to other coworking providers which view the service as more cut and dry office rental.

VentureX is another coworking space franchise that has seen large growth in recent years. This specific coworking space is dedicated to creating beautiful shared work spaces that make people want to come to work and succeed at their jobs. Founded by a risk-taking and innovative father son duo, VentureX has fierce entrepreneurial spirit at its core and is on its way to expanding to more cities globally. Impact Hub, a United Nations-recognized network of coworking communities, seeks to provide a productive workplace for the entrepreneurs and dreamers of the world—those who are willing to take risks for the betterment of society.

Workzones is a Santa Barbara-based coworking space founded out of necessity by four people who used to work out of home offices but agreed that there was something missing from their respective situations. While workzones hasn’t expanded beyond Santa Barbara yet, the success of this company in the founders’ hometown is a testament to the efficiency of starting small and expanding outward.

While all coworking spaces are founded on the common idea that a collaborative work style is most efficient, it’s worth reading about the distinct qualities that make each space unique. Perhaps the mission of one space resonates with you more than another, or perhaps one coworking space simply isn’t an option because there isn’t a nearby location. Whatever the deciding factors may be, the current popularity of coworking guarantees you find a space that works for you. 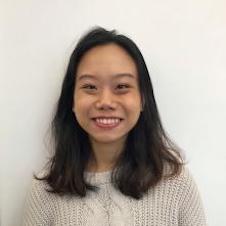