CoworkingResources aims to provide the most comprehensive guides and materials about the industry to help coworking space owners run more efficient spaces. Being the top coworking publication, we constantly work with various coworking softwares, reach out to industry leaders, new space owners and research trends that affect the global coworking industry. We’re excited to share our knowledge and welcome your contributions.

Our study explores the projected growth of the coworking industry, provides you a bird’s-eye view of the top countries and cities worldwide by coworking growth and helpful insights.

In 2018, an estimated 2,188 spaces were opened worldwide, out of which almost 1,000 were in the U.S. This year the coworking space market size is expected to reach 696 openings the the U.S., many of them in states and cities with budding startup cultures.

Our projections show that in 2019 growth will be slower than the previous year, although the industry continues to grow at a strong pace. While most of the industry growth can be attributed to new spaces, a large portion is owed to existing spaces diversifying their services or acquiring businesses, and expanding into smaller, niche markets that generally have stronger, more close-knit communities.

Year-over-year (YoY) growth compares one period with the same period from the past year. The growth figures for 2019 indicate less expansion, but may also represent the industry’s focus on growing existing spaces by increasing occupancy rate and profitability.

The number of coworking spaces worldwide is projected to soon cross 20,000 and reach 25,968 by 2022, an increase of 42% from 2019. This would also mean that there has been an average increase of 2,595 new spaces every year since 2015. Looking at the number of WeWork spaces and boutique spaces around us today, this shouldn’t come as a surprise.

We have categorized coworking spaces as such:

‍Of the new spaces that open each year, brand-new businesses make up the bulk of it at 65.3% while chains and second or more locations make up the remaining 34.7%. This means that while existing companies are thriving, the majority of the industry's growth still comes from firms, independent business owners and entrepreneurs entering the market for the first time.

In our analysis of the top 50 major countries with the highest density of coworking spaces compared to their population, Luxembourg, Singapore and Ireland stand as the top three, with Luxembourg coming in first at 8.5 new spaces every year for every 1,000,000 inhabitants, almost double that of the other two.Considering that Ireland and Singapore are both smaller countries with a population of about 5 million, coworking has made a big splash in these regions.

Every five days, a coworking space opens in London and every 7.5 days, one opens in New York City. This high frequency of openings shows the massive and strong influence of coworking on major cities, but also on fast-growing tech hubs like Austin and Denver.

The story of coworking as a business model began in 2005 in San Francisco in the United States. By 2010, WeWork had opened its first space in SoHo, New York, now with over  600 locations in 32 countries. In this section, we study how coworking has expanded where it first started.

While it can be expected that states with higher populations will experience higher growth in coworking space openings, our findings show equally promising growth in several less populous states by comparison.These states have all experienced recent booms in smalls businesses and have received an influx of tech startups moving from other states where taxes and operating costs are more expensive.

Today, the most growth is seen in Vermont, with 12.1 spaces opening every year per 1 million people. This growth can be attributed to Vermont’s rising startup scene and Burlington’s bustling innovation hub. Coming in second is the District of Columbia with 11.1, Montana with 8.5 and Colorado at 8.0. New York, already dense with flexible offices and coworking spaces, is still coming in at 7 with 4.4 spaces opening every year for every one million people.

‍The top state in terms of the most yearly openings is none other than California, with its ever-growing entrepreneurial scene and wide range of businesses. Texas comes in a close second with employment rates rising in 2019.

Our projections are based on extensive research in which all coworking space openings have been tracked for a 10-month period, from June 2018 to April 2019. The data has been collected and categorized by following web and social media announcements and industry news. For further inquiries please contact press@coworkingresources.org.

‍As of May 2019, the coworking industry is at an all time high. With an increasing number of coworking management softwares and tools rolling out to make workspaces more efficient, the potential of flexible workspaces continues to stretch into the horizon. While year-over-year growth seems to have slowed compared to 2018, this year marks an unprecedented number of new space openings, with expansions of existing business slowing down from last year. The overall numbers for 2019 may be more conservative than 2018, but the growth per capita in less populated states and countries shows continued high demand for coworking spaces all over the world. This upward trend in individually-owned, independent spaces show that the larger chains may not have the monopoly on the industry as previously thought. Based on our findings, we see that there is more than enough room for small, independent spaces to grow wherever there is a community, and in fact may fare better in less-populated, unlikely places. 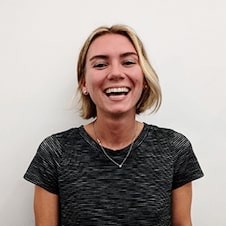 Kait is the content editor at Kisi and a coworking enthusiast.

Before: Problems With Coworking Spaces Next: Is the Market Saturated?

Signs It's Time to Upgrade