WeWork is at the forefront of the shared workspace industry and has quickly became the driving force behind its growth, proving definitively that coworking is the new normal. At less than a decade old, the brand is poised to keep growing in the coming years, especially after interest from global conglomerates.

WeWork is still shaking up the industry at every turn. Over the past few years, it has acquired tech startups such as office sign-in system Welkio and physical data software company Euclid in a move toward domination in the business sphere. The brand's app was just relaunched with new skill-based profiles to allow better networking between members. At the very beginning of 2019, WeWork announced The We Company, an entity that includes both the coworking brand and two new concepts: WeLive and WeGrow, which will be explained later in the year.

WeWork's incredible success has prompted dozens of questions: Who are the investors behind WeWork? How does WeWork make money? What are the financial risks associated with its business model? Why do landlords decide to take WeWork as a tenant as opposed to leasing directly? The answers might surprise you.

WeWork was founded in New York in 2010 with a goal to offer coworking spaces to entrepreneurs, startup companies, freelancers and even larger entreprises. WeWork has grown rapidly ever since its establishment, making it one of the largest and most visible coworking chains in the world. It now has more than 5,000 employees and nearly 600 locations worldwide, including outposts in dozens of U.S. cities and 32 countries, like Brazil, Germany, and Thailand.

What are its membership options?

The cheapest option for single workers is the hot desk, when users pick a primary WeWork location, show up whenever they wish, pick any available seat in a common area and start working immediately. For those who want a little more stability, WeWork offers dedicated desks that they lease to one client or one business only.

Teams and businesses of all sizes can also opt for private offices, which come equipped with furniture and can accomodate dozens of workers as businesses grow. The most personalized option is a custom build-out, which presents maximum freedom for groups that want to customize their workspace with features like CEO suites, conference rooms or labs. WeWork scouts buildings and then transforms them and has already done this for Facebook, Microsoft, HSBC and Deloitte.

Who are the investors behind WeWork?

WeWork's investors include a number of global entities, including holding conglomerate SoftBank, private equity firm Hony Capital, and real estate developer Greenland Holdings. In August 2017, SoftBank and its founder, Masayoshi Son, poured a massive $4.4 billion investment into WeWork. This included $3 billion for WeWork itself, namely through primary investment and the purchase of existing shares, and $1.4 billion dedicated to WeWork’s expansion into the Asian market: WeWork China, WeWork Japan and WeWork Pacific. In August 2018, WeWork announced yet another $1 billion in funds from SoftBank.

As of 2019, WeWork had raised nearly $47 billion in private-equity and venture capital funding in the years since its founding. The immense interest by Asian companies such as Hony Capital, Legend Holdings and China Oceanwide represents WeWork’s promising expansion into Eastern markets. Apart from its Asian investors, Western companies like Goldman Sachs, J.P. Morgan and T. Rowe Price have also invested in the Manhattan-based WeWork.

How does WeWork make money?

In a nutshell, WeWork rents buildings from property owners at one price and then rents them out to clients at higher prices. Not all of the locations WeWork uses are similarly priced; buying up real estate in Baltimore or Nashville, for example, is cheaper than New York City. These price discrepancies help keep WeWork's overhead from getting too high.

After renting the buildings, WeWork transforms them, updating everything inside and adding features like cafés, offices, and community spaces. Once finished, the company rents out the spaces for significantly higher prices. Apart from making money on rent, WeWork also provides additional services for a fee, such as partnerships with local businesses and car rentals.

What are the financial risks of WeWork’s business model?

WeWork pays the landlords a huge amount of money and sinks even more into cosmetic updates, so it relies on the revenue from renting to its clients to cover its high costs. If a location does not onboard enough clients to fill the available spaces or if the client rent does not cover WeWork's own rent, the company finds itself in a risky position.

Already, WeWork has signed $18 billion worth of leases over the next few years and has committed to renting 14 million square feet of office space worldwide. The company has written off massive losses as the cost of massive growth and values itself at $45 billion. It's important to note that loss periods are not abnormal for startups, especially in the case of WeWork's unusual business model.

Why do landlords take WeWork as a tenant?

From the perspective of a landlord WeWork's business model makes more sense despite the high fixed costs and long-term lease agreements. For commercial property owners and managers, It's easier to have one contract with a single large company for a fixed period than to find and lease to several different tenants for shorter periods, especially if the building is in a challenging real estate market. Overall, the managing efforts and negotiation processes are much less troublesome with one tenant, and WeWork usually leases properties for 10 years. This takes less time and resources away from the building owner and takes care of the biggest concern for landlords - vacancy rates. WeWork has also garnered enormous media exposure by attracting young, innovative businesses and curating established corporate clients.

What Happened to WeWork?

There’s no arguing that WeWork, currently managing more than 4 million square meters of office space has grown astronomically since its launch in 2010.

Once one of the fastest-growing companies in the world, its presence felt in over 30 countries and boasted over 5,000 employees. Until recently, WeWork was on top of the coworking food chain. Recent events have put the future of the company and its massive workforce in question, along with the general perception of the coworking industry and its implications on the commercial real estate market.

Here we take a look at how and why this coworking giant went from being one of the most highly valued startups to contemplating bankruptcy in the space of 6 weeks.

From WeWork to The We Company

Valued at $47 billion (Softbank being the largest investor), the company rebranded from WeWork to “The We Company” early in 2019. According to reports, the decision was made to help the firm grow and reach a wider audience.

Many business journals and analysts questioned the brand's ability to 'turn a profit' after it lost more than $2 billion in 2018. For years, industry experts in the commercial real estate and tech industry questioned the vacancy rates of WeWork locations and the overall viability of the business model amid its rapid expansion into co-living, education, childcare and several other sectors.

In August 2019, The We Company submitted its S-1 filing in preparation for an IPO (initial public offering). Almost immediately, headlines and reactions from tech bloggers and economics experts alike criticized the prospectus and the company for its complex corporate structure, questionable business practices, negative financial projections, and inflated language.

After the filing, the company faced more scrutiny of its leadership and finances both investors and potential shareholders. Conflicts of interest were revealed in CEO and co-founder Adam Neumann’s ownership of the “We” trademark and several stakes the company’s real estate holdings, raising red flags among stakeholders, employees and observers alike.

By the second week after the IPO filing, these revelations and criticisms of the company had severely damaged the outlook of the IPO, putting the company in a very fragile position along with Softbank’s $10 billion investment. Amid reports of self-dealing, sexism and unprofessional behavior, Neumann eventually had to step down from his role as CEO and chair of The We Company in September 2019, just a few days after the company decided to delay its IPO.

As a result, WeWork’s value plummeted from $47 billion to just over $8 billion.

Neumann’s reported behavior and business practices were at the heart of much of the criticisms the company received in the press. The fact that he personally trademarked the word 'We' and licensed the use of the word to his own company for $5.9 million raised red flags among executives and business experts, prompting a rollback of this arrangement soon after it came to light.

Neumann was also reported to have frequently encouraged employees to drink shots of tequila and smoke marijuana at work. This carefree attitude from the CEO, coupled with reports of an increasing lack of gender diversity among the company’s managerial staff and high-level executives, severely damaged the public perception of the company culture. Even before the planned IPO, WeWork was heavily criticized for its lack of female board members or decision-makers in general.

WeWork’s valuation plummeted with every negative report about WeWork’s corporate governance practices and Neumann’s behavior, further disconcerting investors and delaying the official IPO. The turning point occurred after marijuana was found on Neumann’s company jet after it landed in Japan (where it is illegal). Shortly after this incident Neumann stepped down as CEO and drastically reduced his voting power on the board from 10:1 to 3:1. As co-founder of the company, he now only retains a non-executive chair on the board of directors, but no controlling stake in the company.

Though many company decision-makers sought to quell investor’s fears and save the IPO by removing Neumann, his exit package drew even more criticism. By leaving WeWork the 40-year-old entrepreneur walked away with more than $1.7 billion by selling his shares to SoftBank, earning a sizeable consulting fee in the process.

What Now and What This Means to the Coworking Industry

SoftBank, WeWork’s biggest investor, has taken control of the company, with former Amazon exec Sebastian Gunningham and CFO Artie Minson filling the CEO position temporarily. It’s top investors and executives have re-evaluated WeWork’s path to profitability and have already implemented more conservative strategies to attain positive revenue in conjunction with the company’s drastically reduced valuation. These strategies include cost-saving measures like laying off of over 2,000 employees worldwide, the sale of several companies that WeWork previously acquired, and an immediate halting of the aggressive expansion of the company into new markets.

This scaling back of one of the world’s fastest-growing companies and it’s IPO troubles bear many similarities to large tech businesses facing the ultimate test of going public. Many coworking space operators are worried about how WeWork’s failed IPO will affect the public’s outlook on the industry.

Though recent events may be disheartening to potential investors in coworking spaces, studies show that WeWork barely scratched 2% market share in the flexible office space sector, with many of its clients being large corporations like Google, Microsoft and Salesforce. As a whole, the coworking industry has grown steadily year-over-year and demand for local, independent flexible workspaces with strong communities remains stable.

If anything, the controversies surrounding WeWork serve as an example to other expanding coworking brands, highlighting the necessity of creating a sustainable company culture and a clear path to profitability in order to earn the trust of members and stakeholders alike. 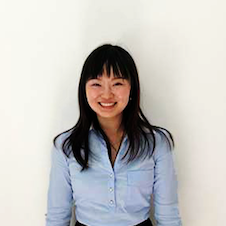 Yifu is a content and digital marketing enthusiast, currently covering the latest trends and insights in the coworking industry.

Before: WeWork's Top Competitors Next: Access Control vs Smart Locks

The Rise of Flexible Offices

Things People Want in a Space